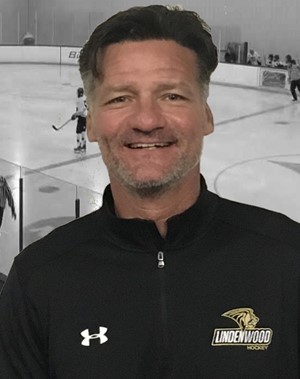 Rick played his collegiate hockey with the University of North Dakota and then embarked on a length Professional Career. Playing in over 900 Professional games including 712 in the NHL with the Detroit Red Wings, Boston Bruins, and the St. Louis Blues.

Upon retirement from playing Rick began his coaching career in the North American Hockey League with the St. Louis Sting. Rick would bench boss the St. Louis Eagles of the USHL for their lone season as well.

Rick then joined the Lindenwood University ACHA Men’s Program in 2008 and has led the program to 3 National Titles, 12 National Championship Appearances, and 7 CSCHL League Titles.

We are honored to have Rick Zombo involved with Tactical Hockey!