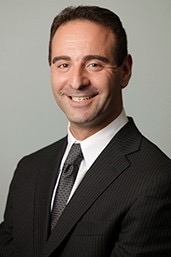 Greg played his college hockey at Niagara University where he was a 4 year starter. Upon graduating he continued to play for a lengthy pro career.

For the last 17 years Greg has been coaching NCAA D1 Hockey. Prior to joining Mercyhurst University, Greg coached with Princeton as well as his Alma mater Niagara.

In 2016 Greg was also named the head coach for the US Team at the Maccabiah Games.

We are honored to have Greg part of Tactical Hockey!