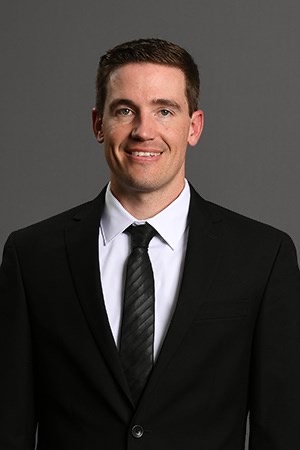 Karl played his collegiate hockey with the University of North Dakota where he was a four year starter. In 2000 Karl backstopped the Fighting Sioux to a National Championship over Boston College.

After UND Karl embarked on a length pro career amassing over 300 games played, including 278 alone in the American Hockey League.

Following his playing days Karl began his coaching career as the Volunteer Goalie Coach for his Alma Mater North Dakota. He then took a NHL development job with the Tampa Bay Lighting.

In 2019 Karl returned to UND as a full time Assistant Coach.

We are honored and proud to have Karl on staff with Tactical Hockey!