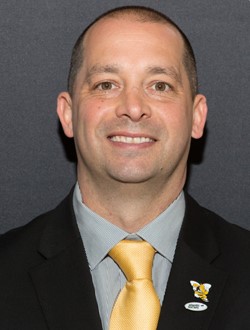 Eric currently serves as the Head Coach for his Alma mater, the NCAA D1 Men’s Ice Hockey program at American International College. After graduating from AIC, Eric joined the staff as an Assistant Coach. He then went on to take the Head Coach position at NCAA D3 Manhattenville before leaving to join the prestigious Army at West Point.

In the past five years since taking over the program, Eric has established AIC as a NCAA Powerhouse program including with the Atlantic Hockey Championship in 2020.

We are honored and proud to have Eric involved with Tactical Hockey!