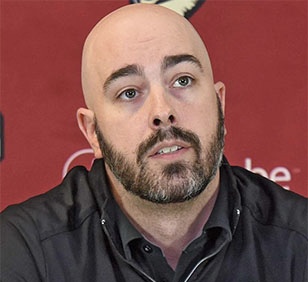 Coach Roth is in his first year as the Head Coach and GM of the new expansion team Wichita Warriors of the North American Hockey League. Previously Roth spent 8 years with the Bismarck Bobcats and 2 years with the Aberdeen Wings as an assistant coach.

Roth played his collegiate hockey with the Bemidji Beavers at the NCAA D1 level. Coach Roth spent time as a player in the NAHL as well both with Springfield and Bismarck.